The beauty of Governors Island lends itself to the visual arts. Of course, photography, but also painting and sculpture. One of the first occupants of the Island after it transitioned to a public park was the Lower Manhattan Cultural Council, which provides free studio space to artists in Building 110. However, there was an artist painting at Fort Jay fifty years ago.

For a period of about twenty years a World War II veteran had a small studio on the island that allowed him to work on oil paintings of island scenes, all with a U.S. Coast Guard theme. This was John D. Wisinski, and his art is now part of the Coast Guard permanent collection in Washington, D.C. Among the pieces are beautiful paintings of locations familiar to anyone who’s been to Governors Island.

John Wisinski was born in the coal mining town Glen Lyon, Pennsylvania, on April 22, 1902, to Polish immigrants. He took up art as a youth and excelled at painting. He enlisted in the U.S. Navy at 17, serving on several battleships and destroyers. He left the Navy in 1923 and joined the Coast Guard a year later. Wisinski served his first Coast Guard assignment under Lt. Cmdr. Russell Waesche, Sr., who would later become commandant from 1936-1945.

Upon finishing a tour of sea duty under Waesche’s command, Wisinski was transferred to the recruiting command in Cleveland. His talent for creating compelling recruiting posters and publicity material was discovered. He served as a chief printer until 1938 in the Navy Publicity Bureau.

Wisinski was transferred to the Brooklyn Navy Yard during World War II and assigned to the Navy Recruiting Publicity Bureau. Promoted to lieutenant (junior grade), Wisinski became the commanding officer of the newly-formed Coast Guard Graphic Art Unit. He directed more than thirty professional artists and craftsmen designing posters and graphics. Wisinski requested a combat duty position and was shipped out as the war drew to a close. He was deployed to the Pacific where he served until the conflict ended in 1945. He retired in 1946.

Wisinski returned to New York City after the war and was employed as an instructor of occupational therapy at New York Hospital and as an art teacher. Wisinski studied at the Brooklyn Museum of Art, the Art Students League of New York, as well as in Madrid and Paris.

In the 1960s Wisinski lived in White Plains, New York, and entered his art in local art shows. He won a gold medal of merit and the Chester Offerman Award for marine in oil in 1962 at the Westchester County art show. Wisinski later became one of the show’s chairmen. In 1964 he was exhibited in a group show at the Wurlitzer Gallery on Forty-second Street in Manhattan. In 1965 Wisinski exhibited oil paintings in a show sponsored by the Hudson Valley Art Association. One of the highlights of his career was being included in a group show at the Smithsonian Institution in 1962 for members of the American Artists Professional League.

In 1966, when the U.S. Army left Governors Island and the Coast Guard moved in, the artist was asked to graphically document the transition. Wisinski continued to work for some two decades, producing myriad works depicting the service. Wisinski painted many scenes on Governors Island, including children playing on a swing set and the Coast Guard cutters Morgenthau and Point Wells, among many others.

The Coast Guard Art Program was created in 1980 and Wisinski’s vintage artwork was included. Today the collection comprises 1,800 works of art. View the 2015 current catalogue.

A Wisinski painting of Castle Williams and CGC Morgenthau is included in the Governors Island Explorer’s Guide (Globe Pequot Press). 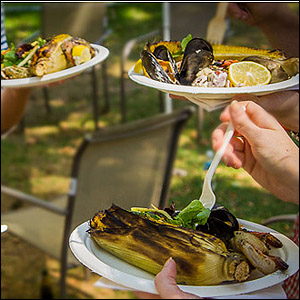 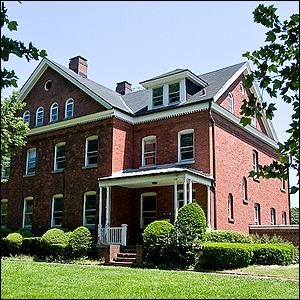 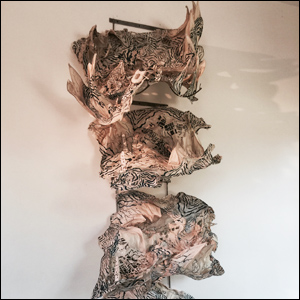